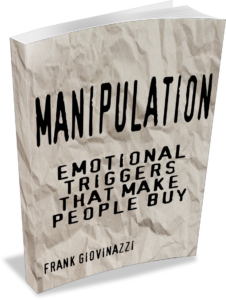 Caleb and I were multi-tasking in the study and whatever we were watching on Netflix ended. When I looked up the Tv was showing a series of screensavers advertising various shows.

There was a title, and since Caleb is 4, pictures of multi-colored cartoon characters in silly costumes doing outrageous looking things. Then the screensaver whould change and another tableau would replace it.

But in the lower left-hand corner of each screensaver were three phrases related to the show.

They were things like, “Saves the day,” “Being brave,” and “Super team.”

At first, Dad brain was cataloging them because nothing sits a baby like the electronic babysitter. I am looking for things we might like next, which currently is a pair of farting insects (Larva Island). I think the tags for that one are “Slapstick humor” and “Farts.”

But then I realized that Netflix is using their own variation of emotional triggers to present shows to their customers. Now you probably know that Netflix is tracking what you watch. That’s how they recommend the next thing for you to watch. Which amazingly, is like the last thing you watched. Are you getting this?

Because you also know that Netflix has become a content factory. They are churning out more seasons of shows than people can watch during waking hours. I haven’t checked but I’m sure someone has done the math. Such as, Netflix creates more hours of programming in a years than was produced in the 1970s or whatever outrageous metric would surprise us all.

Now Netflix has data and lots of it. They know what people like. In the case study presented here, on kids’ programming, they are clearly making shows using stacked emotional triggers that make for “good” kids shows. And by good I mean shows that get watched over and over again. And farting bugs is a clear winner. I think there are 2 different shows featuring those garbage-eating flatulent slugs.

Again, the emotional triggers repeated over and over during the screensaver series. Super or Superhero or Superteam came up 8 times out of 32, Cute came up 3 times, Imaginative came up 4 times and so on.

Further I am guessing we were shown screensavers based on Caleb’s viewing history. He is a boy that likes Superheroes and adventure style shows.

Let’s zoom out to our businesses. I have written in the past that you can have a fitness, finance or relationship business. Those are the big 3 categories for information publishers. Then there are niches in those categories. Just like in Sci-Fi, a category or genre, there are sub-genres such as Space Opera, Alien Creature, Alien Invasion, etc. On Netflix besides kids’ programming they have romantic comedies, thrillers, war, etc.

No matter what category and niche you occupy, you are going to eventually drill down and identify the emotional triggers that make those specific products tick.

Getting a viewer to watch or a customer to buy means identifying the emotional triggers that are in them and presenting the product as something that satisfies that trigger.

If you have Netflix or any of the streaming platforms check out the offerings through the lens I am presenting here. I think you will see that I am talking about and I hope it will make your job of working with emotional triggers in your marketing copy that much easier.

Of course, you can always listen to the MANIPULATION program on our website again. Link: MANIPULATION (frankgiovinazzi.com)

I don’t know how they get away with it. There are advertisers on the internet using images of celebrities with headlines line, She used to be famous now she works nine to five!

These are the clickbait sites that make you click through pictures and captions to hopefully get to the story of Angelina Jolie.

I would be surprised if lawyers aren’t already active suing the advertisers and networks and publishers that participate in this. And there is a rich, if underground, history of how millions have been made over the last 20 years with these kinds of loopholes.

Morality? Eh, it’s about getting away with what you can get away with, that seems to be the new norm that our digital life seems to be teaching. As I wrote in both How to Create Million Dollar Products and MANIPULATION, we study the tools in play and make our own decisions.

I was reading about P.T. Barnum last night and when he got hit with similar accusations his answer was something along the lines of “if they got value out of it no harm was done.”

The maligned celebrity may think otherwise.

In a previous issue I wrote that business will come booming back because of the pent-up need for people to transact commerce, as both buyers and sellers.

And I understand that due to the extended lockdown government subsidies have to play a big role in saving people from privation.

But there is also an idea that government will squash all business in favor of a global planned economy where all needs will be provided for, along with the abolition of private property.

There’s also a lot of wags out there pointing out how badly socialism has failed over a hundred year series of running experiments.

But what I haven’t seen is the idea that business is a fundamental human right.

Business is how human beings act out the millennia-old drama of survival, combined with intelligence, creativity and social skills.

There is no human activity that has ever come close to equaling the symphony of attributes brought to bear as does the conduct of business between human beings. It is total expression.

And as such it is as necessary and should be as equally protected as the pursuit of life, liberty and happiness.

I don’t think the seller of sidewalk tamales is a holy woman. But I know she is doing what she can with the skills and resources she has to provide for her family, to pay for shelter, clothing, food and the other necessities of life for herself and her family. It is a total effort on her part. She may not be glamorous or famous, she may not know how to read or speak the local language. But she has a right to expend her life in order to live.

We know the idea of placing products in TV shows and social media content is a business. The creators of content get paid to either use, mention or otherwise decorate their sets with products as a means to advertise, make it appear popular, even famous, etc.

Now look around your own real-world set at the products that are there. Assuming you haven’t been paid to put these things in your life, why are they there? What do they give you, and more precisely, what emotions do they validate?

What do you want more of on that set, and what do you wish wasn’t there?

Whatever you want more of is a product and advertising opportunity. You like the emotions littered around your set or you wouldn’t buy them. If you sell something similar – TALK ABOUT THOSE EMOTIONS IN YOUR ADVERTISING.

Likewise for the things you want less of, or despise. If you sell a solution or have an idea for one, TALK ABOUT THOSE EMOTIONS IN YOUR ADVERTISING.

We are all in the product placement business whether we are getting paid by the manufacturer or not. The insight for us is that we understand those products are in our lives because of the emotions we each have inside us. By extension it is our job to place our products in our customers lives by understanding the emotions they have and appealing to them.

Keehan adopted the persona of Count Dante, a martial artist at the center of Black Dragon Fighting Society.

While some people would think that the Dante creation was over the top, it was just an exaggerated version of who Keehan actually was. He was a martial artist, a braggart, a pioneer and a lunatic.

All he did with the Count Dante persona was crystallize elements of his personality that were interesting to the customer.

In doing so he left John Keehan behind.

I am going to repeat myself – when creating a persona, you want to crystallize what it is about you that is interesting to the customer.

That means thinking about emotional triggers.

What do they want from the avatar from which they are going to satisfy their deep desires?

Do they want you to be brave, or outrageous and devil may care, ala Richard Simmons?

Do they want you to be successful and brimming with secret knowledge, the way Joe Karbo did in his famous The Lazy Man’s Way to Riches ad?

Do they want you to be a grumpy curmudgeon, the way Dan Kennedy presents himself?

Do they really want you to be a hyperkinetic lunatic jumping up and down about the latest greatest thing, the way a lot of YouTubers present? (By the way, most YouTubers of this type are direct descendants of the “Gotta Get a Dell” dude from way back.)

Or do they want a completely fictional character, the way Anton LaVey, author of The Satanic Bible presented himself? His getup on the back cover of the book makes him look like Vincent Price’s second cousin doing dinner theater, but when current I guess he looked sinister.

LaVey played a role suited to the product, while I think Count Dante basically blew up his Keehan identity to fit his expanded vision of what he was.

As promised here are some considerations: